Are you looking to get your hands on one of the newest bats on the market? 2022 Louisville Slugger Prime USA (-10) Baseball Bat is the newest model in the line of bats available. The bat features a 10-drop-to-weight ratio for a more balanced swing and a scientifically designed profile for improved ball flight. It is perfect for players who want to achieve better power and distance on their hits. Whether you’re a beginner or an experienced player, this bat is fit for you. If you are interested in purchasing this bat, make sure to do so soon!

Before expounding on our detailed reviews, we want some facts highlighted and show why the bats will be perfect for you-

OUR TOP 3 REASONS TO BUY 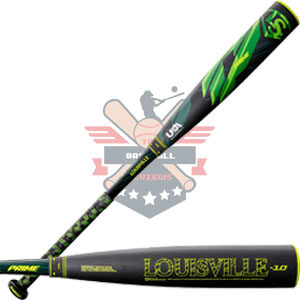 Why is it better? 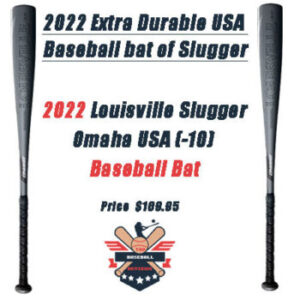 Once-again Slugger 3-piece fully composite bat design for slugger USA baseball bat player. The Louisville Slugger 2022 Prime USA (-10) baseball bat is outfitted with AVC MicroFormTM composite should create extra length on the sweet spot and deliver a bat that is easy to handle and swing on the ground.

The Louisville Slugger Prime USA -10 bats are a three-piece design, and these 3-piece are- barrel, handle, and connector pieces. It’s built for the ultimate balance of power and speed. They use a high-technology VCXTM vibration control connection system to link the barrel with the handle. The VCX connection system also uses a synthetic piece of materials within it, which allows an independent movement between the barrel and handle of the bat. These movements minimize vibration and delivered an unrivaled feel on every contact. The balanced swing weight offers the perfect blend of power & speed of the bat. Its lightweight RTXTM EndCap maximizes barrel length and performance as well.

Finally, one most essential thing is to be sure the drop -10 bats can appease the needs of different ages of hitters. We think there is a good shot you could place this Prime USA Baseball bat in the hands of hitters aged between 7 to 12 years old and will enjoy

We state many more times- Louisville Slugger is one of the oldest (134 -year history) and most iconic baseball bat manufacturers in baseball history. They know how to satisfy the customers-they are manufactured top-quality bats and also provide a year warranty on the bats. The 2022 Slugger Prime -10 USA baseball bat has also a full twelve (12) months of warranty coverage which means if you buy this bat and get any warranty issues you will get a replacement.

The first Prime series bat was the 2014-Attack, which had a two-piece baseball bat. We thought it was the best slugger bat that they had made to date.

The 2015 Slugger prime named is 915 prime which is also two-piece bat construction, a Tru3 connection piece, light swing, and good feel on contact. But, the bat durability at the connection point had got some poor ratting online.

The Slugger 2016 Prime 916 is also a two-piece composite bat which a balanced swing weight. Its connection point between the barrel and handle also used a Tru3 connection piece with some special work due to the previous version’s poor performance. The 2016 slugger prime also upgrades a bigger barrel that is 12% to 27% depending on models, and it’s the first time adding a black and white1.2 mm camo lizard skin grip.

2017 Louisville Slugger Prime 917 is very much similar to the 2016 versions. It is designed with a two-piece composite bat and a balanced swing bat. The Prime 917 has changed a few things that are expanding the size of the sweet spot, which is noticeable on the cage. It’s tightened the connection point and added durability compared to the 2016 version and a little more feel on the contact.

Louisville Slugger Prime 918 is a two-piece fully composite made light swing weight bat that TRU3 in the connection point to connect between the barrel and the handle. This connection tech allows independent movement that controls vibrations and provides an unmatched feel on contact. Its RTX End Caps for longer barrel shape and custom lizard skin grip provide the premium performance of the bat.

2020 Louisville Slugger 919 is a two-piece light swing weight balanced swing bat. This composite bat has a smooth connection point that confirms a great feel on hits and mishit. It’s specially recommend for hitters who like to get more big hits and earn many home runs.

The 2020 prime is the 6th edition of a prime series baseball bat. As expected- like previous prime bats, it is also a two-piece composite bat built with a balanced swing weight feel, a big barrel and comes in a different size in the BBCOR, USA, and USSSA versions. It is uniformly almost the same constructions bat as the 2019 prime 919 bats.

Both 2022 Louisville Slugger Prime USA (-10) and 2019 Prime 919 (-10) USA baseball bats are very hot-featured baseball bats. The 2022 version was designed with three-pieces while, the 2019 models was two-piece all-composite design. Both of the USA baseball bat is designed with 2 5/8 inch Barrel size, AVC microform composite, balanced swing weight, VCX vibration control system, RTX end cap, and LS pro comfort grip. But both bats have different color designs. We saw the 919 prime has maintained performance very well, and expected the 2022 version will explosive too.

2022 Louisville Slugger prime is the seventh edition of the prime series bats. Its high-technology used bat especially ready for who love it hit speed and power. Our academy players have countless swings by it and our power hitters like it very much. That’s why we recommended the bat for power hitters who want to own more dingers on their accounts and hope it will be the perfect choice.